Corey MacDonald’s unique blend of courtroom experience and boardroom savvy allows him to provide clients with multi-faceted counseling on highly complex legal issues, and to find solutions that may be outside of the options typically offered by transactional attorneys. MacDonald began his law practice in 2005 and is admitted to the bars of New Hampshire, Massachusetts, Colorado, and the 1st Circuit Federal District Court. 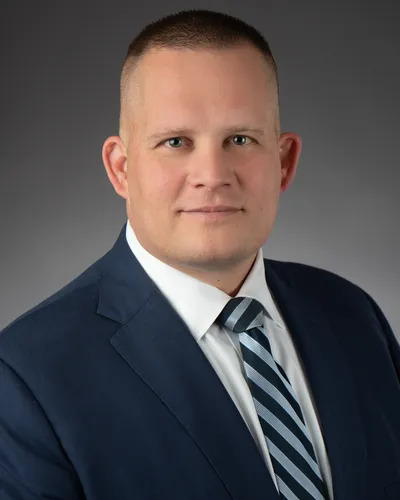 MacDonald is the founder of MacDonald Law, PC, and Black Lion Services, PLLC. MacDonald Law is a litigation practice focusing on all aspects of family law from divorce to post-divorce disputes involving parenting, custody and support, in addition to providing representation in select criminal defense matters. His years as the Portsmouth, NH City Prosecutor handling hundreds of cases from misdemeanors to felonies involving every aspect of offense from domestic violence to manslaughter, together with his extensive experience as a civil litigator have served to provide a solid foundation for his team.

His prior service as inside general counsel for two cutting edge multi-national footwear companies inspired the subsequent founding of Black Lion Services, PLLC. Black Lion is a global business law practice through which MacDonald and his team provide outside general counsel services, as well as legal auditing and litigation support to business clients across the globe. Staffed by a team of professionals with various areas of proficiency such as accounting, bankruptcy law, transactional law, general corporate law, employment law, and regulatory compliance, Black Lion is able to offer experienced and comprehensive representation to its clients. Those clients include both domestic and international supply chain operators of various industries including footwear and medical supply. Black Lion also caters to the sporting and hospitality sector, and serves as General Counsel to USA Rugby Football Union, LTD, the national governing body for rugby and the United States’ Olympic rugby teams.

Prior to entering the practice of law full-time, MacDonald practiced law part-time while serving for over 18 years in law enforcement. His career spanned the profession from police officer to detective and then through the ranks to Deputy Chief of Police of a 115-person department. During this time, he was appointed by the United States Attorney General’s office as the Commander of the State of New Hampshire’s Internet Crimes Against Children (ICAC) Task Force, a federally funded task force charged with investigating and pursuing sexual predators.

MacDonald attributes his successful practice to an understanding of people and their propensities, a keen ear for detail developed from years as an investigator, an aggressive yet respectful approach to negotiation and litigation, and a unique sense of humor – the product of over 20 years in public service. He finds problem-solving for his clients in the face of daunting challenges to be the most rewarding part of his work as an attorney.

MacDonald has been named as one of New Hampshire’s “Top 40 Under Forty” emerging leaders by the New Hampshire Union Leader and NH Business and Industry Association, and as a “Top 10 to Watch” by Seacoast Online and Catapult. In 2014, he was awarded the “Young Professional of the Year” award by New Hampshire Governor Maggie Hassan through the Stay Work Play initiative and Rising Stars. MacDonald has been featured and/or quoted on ESPN, Bloomberg Law, Wired with Jim Braude on NECN, Fox News, ABC 20/20, The 207 Show on NBC, and the Paul Sullivan Radio on WBZ Boston.

I cannot thank the entire team at MacDonald Law enough. I am so grateful for the care and support that...
The Dream Team
During a time of absolute personal crisis, I found an island of safety, good advice, understanding and compassion. From everyone...
Jennie M. Cunningham
Honest, hard-working, individualized solutions to situations no one wants to be in. The team is dedicated to providing you with...
Bethany Leary
These guys are AWESOME! They held my hand through EVERYTHING! They removed many steps I would need to take myself...
Guenivere Caputo
Since the very first time Fred and I spoke, he was attentive, and showed great interest in every concern I...
Jason Butts
View More
MacDonald Law, PC, does not require a retainer to take your case. Contact us today for a free initial consultation to discuss your legal needs.
Find Out More
X
Free Consultation